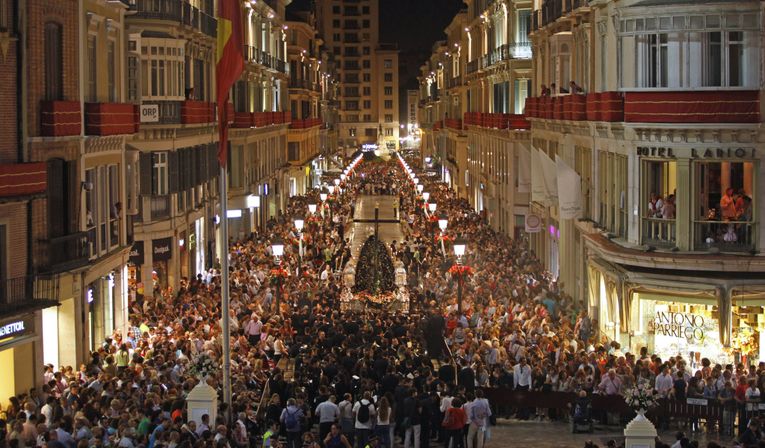 What is Semana Santa?

The week preceding the traditional Easter weekend is a big event in Málaga and throughout Spain and the islands. The concept of processions was introduced in and around 1487 when the Catholic Monarchs entered the city of Málaga after some 700 years of occupation by the North African Moors. The processions were designed to stamp religious authority of the Catholic Church over what was hitherto a strong Muslim influence throughout the city.

In doing so the church tried to encourage the worship of religious images, the images were in many cases thrones and artefacts from the original temples. It was at this time that Spain’s brotherhoods were formed in some cases comprising families whose descendants have inherited the honour of carrying the various ornate Thrones or ‘Tronos’ through the streets of the city to this day. To become a member of a particular ‘brotherhood’, and to be chosen as a Trono bearer is deemed to be a great honour and taken extremely seriously.

In a normal year, the entire week from Palm Sunday to Easter Sunday is filled with daily processions which mimic the last week of Jesus’ life. Each brotherhood has their own elaborate Trono, which can weigh up to 5 tonnes each and measure up to 14 metres long. Each Trono is carried by members of the brotherhood on their shoulders, mimicking the Passion of Christ in his last days. One Trono can be carried by up to 270 people, and the processions often go on for up to 14 hours! 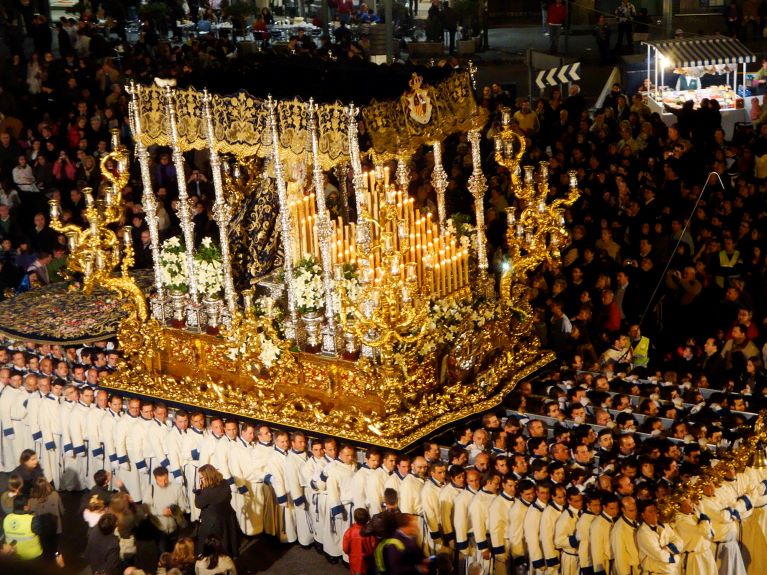 One of the city’s many Brotherhoods and their Trono

Not only are the Tronos themselves an incredible site to see, but also the traditional outfits worn by the bearers can also be quite a shock if you are not expecting it! The men wear traditional Nazarenos which is a gown consisting of a long tunic and conical hood. These robes are made of the finest fabrics and are often heavily embellished, and a symbol of great pride for those who wear them. Behind the Trono, you will often find groups of women dressed in traditional black garb including Mantillas, who represent mourning. 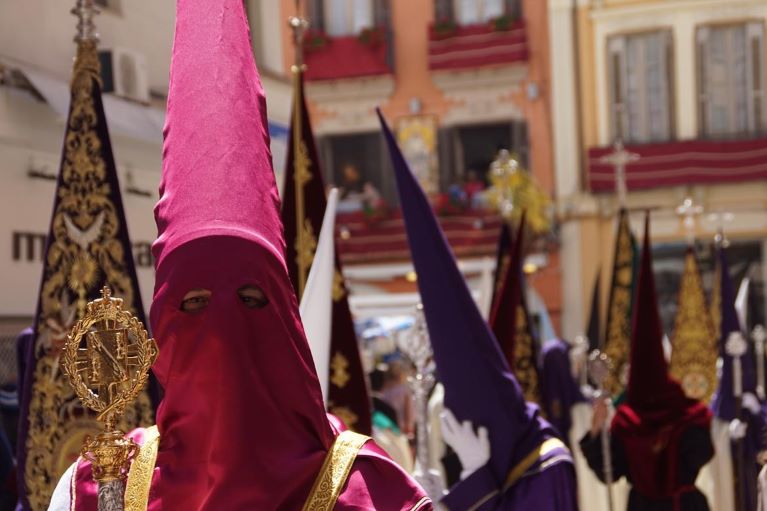 As far as the onlooker is concerned the city appears to have been entirely taken over by a programme of processions carried out by the various brotherhoods. These processions can be held, in some cases, until the early hours of the morning accompanied by a leader directing the throne by means of a bell that signifies when to stop, start, manoeuvre and rest. Their ability to negotiate the massive thrones through very narrow streets and almost alleyways is impressive to say the least! 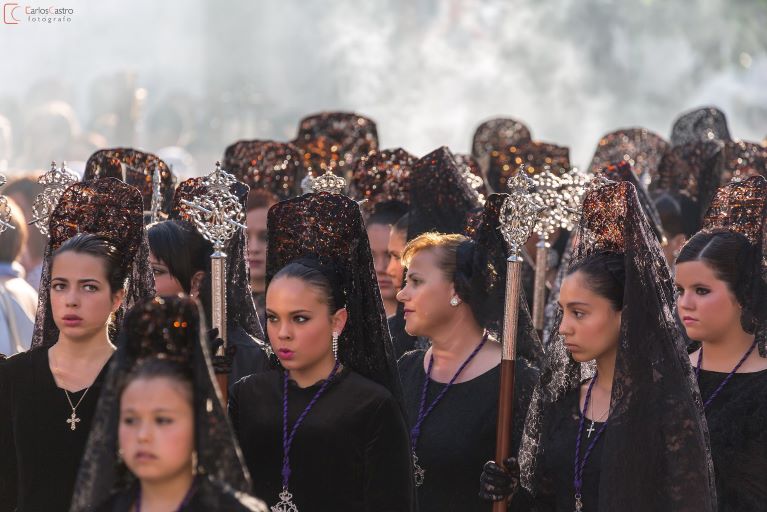 This all may sound like a very serious and mournful affair, and in many cities across Spain it is just that. In Málaga, however the atmosphere is one of joy and celebration, with Tronos accompanied by brass bands and often spontaneous outbursts of song break out among the bearers as they make their processions through the city. The atmosphere throughout the city is intoxicated by incense and frankincense as well as supporting crowds, including relations of the various brotherhoods cheering their respective family members who remain anonymous under cloaks and face masks.

Easter or Semana Santa is a huge celebration for the Malagueños, and certainly a spectacle to behold as a tourist. If you are thinking to come and watch then best to check the availability of car parks or even better to use the very good public transport. It’s also well worthwhile checking the procession routes and times which are released each year, as if you don’t and you take a wrong turn, you may be stuck on one side of the street waiting to cross whilst the procession passes, which can sometimes take upwards of an hour!

We have plenty of apartments available to rent in Málaga city which make a great base whilst you experience the rapture and ambience of Semana Santa. If you’re thinking of visiting, it’s worth booking well in advance. 2022 will no doubt be an extra big celebration to make up for the last two years!

To view our Málaga properties available for rent, click here.

Things to Do Malaga Calendar Events